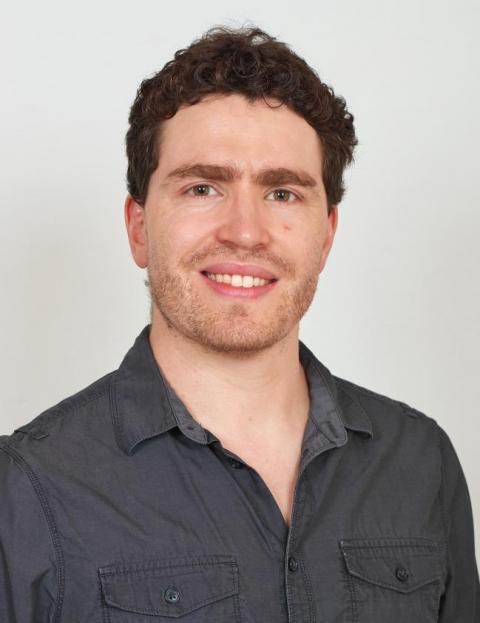 Weighted networks provide meaningful information for the structure of complex systems where interacting entities are connected with links weighted by the strength of their interaction. In his recent presentation, Gerardo Iñiguez González, Assistant Professor at the Department of Network and Data Science at CEU, shared his research about threshold driven contagion on weighted networks.

Our social behaviors are likely to be influenced by the decisions of our family and friends. If the fraction of our neighbors that do a certain decision exceeds a threshold, then we tend to have the same behavior. We are easily influenced if the threshold is small. In most of the previous studies, social networks were considered simplistically with the assumption that all links in the network contribute the same to social influence. However, some people in real networks are more important than others, such as family and close friends, having more influence in our decision making. In order to have a more accurate representation of real-world dynamics and study social contagion properly, weights should be considered in the network.

The simplest possible case is a k-regular random network with a certain bimodal weight distribution, where strong weight characterizes close relations and weak weight represents weak relations such as Facebook friends. For a node in the network, if the fraction of weights associated with the neighbors that have already adopted among all social neighbors exceeds the threshold, then the node adopt the same behavior. Figure 1 illustrates the probability and speed of cascades behavior in the weighted network. As the threshold increases, people are more reluctant to adopt. When the time of the cascade happens is small, the speed of the contagion is fast. The cascade time increases as the threshold increases.

The effect of structural heterogeneities are studied when moving from a k-regular network to a network with a broad degree distribution (in this case the scale-free network), and skewed bimodal weight distribution. Data-driven simulations are implemented on a signed network of Wikipedia editors. As the relative time of cascade emergence simulation shows, weights slow down the contagion in some areas while in other areas speed up the process. Prof. Iñiguez clarified the network originally was directed and they only took links which are mutual, responding to a comment by Prof. János Kertész that the network was directed. The interpretation of negative weights for the links of social contagion still remains an open question.

The effects of weight heterogeneities are studied by considering a k-regular (k=7) configuration network with heterogeneously distributed degrees and weights. Another data-driven simulation is implemented in a large empirical weighted social network, the mobile call network, where a link appears when two people call each other mutually in a certain period of time and weights are proportional to the number of calls between individuals. This network has around 6.2 million nodes and 16 million edges, with a lognormal degree and weight distribution. Figure 3 shows threshold contagion on heterogeneous synthetic and real networks. 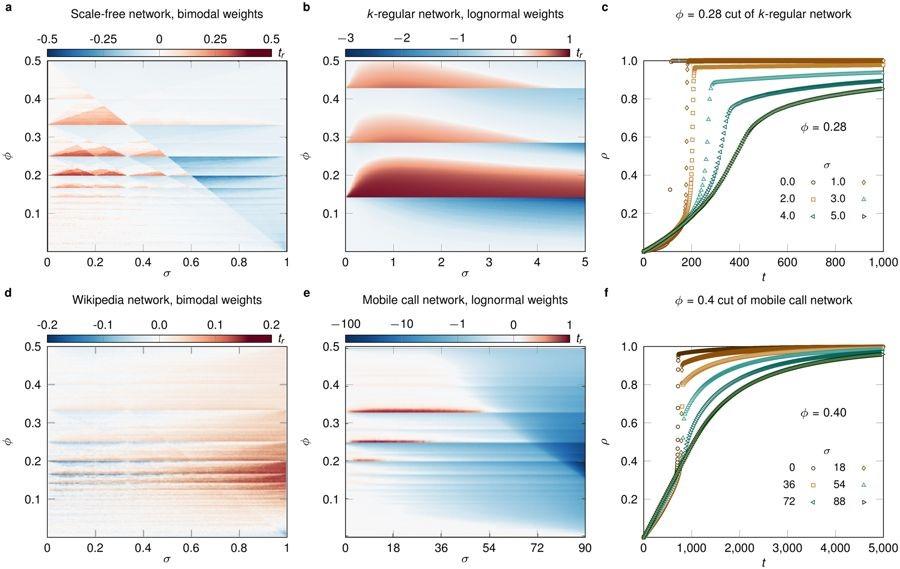