The study of corruption has long been dominated by perception-based indicators masking vast diversity and limiting our understanding of changes due to policy intervention. Johannes, Mihály and János chart new territory by drawing on Big Data methods to better understand the structure and causes of corruption. They use methods from network science to analyze corruption risks in a large administrative dataset of over 4 million public procurement contracts from all European Union member states covering the years 2008–2016. They visualize and study the structure of the networks of buyers and suppliers in each member state, identify their cores, and find that highly centralized markets tend to have higher corruption risk. In all EU countries they analyze, corruption risk is significantly clustered, that is high corruption risk organisations tend to contract similarly risky organisations. However, the related risk is sometimes more prevalent in the core and sometimes in the periphery of the market, depending on the country. This suggests that the same level of corruption risk may have entirely different structure and distributions with implications for research and policy. This framework is both diagnostic and prescriptive: It suggests where corruption is likely to be prevalent in different markets and suggests that different anti-corruption policies are needed in different countries, among others depending on the structure and location of corruption risks. 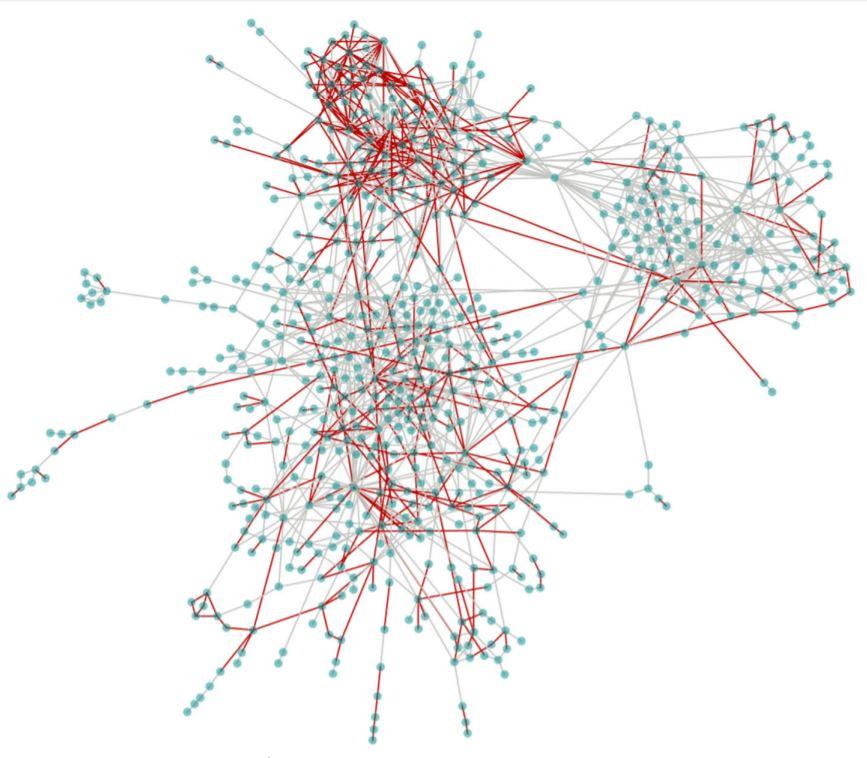 The 2014 Hungarian procurement market. We plot the largest connected component of the network, filtering out nodes involved in less than three contracts for the sake of visualization. Nodes are buyers and suppliers of contracts, connected by an edge if they contract with one another. Edges are colored red if the single-bidding rate on the edge exceeds the average rate of single bidding that year. Single bidding is significantly overrepresented among the edges in the top left cluster.