As Facebook’s founding CEO testified in front of the Senate, the data privacy scandal around his company has become a top-level political issue. But how is it reflected on a large scale at the level of individuals? To get insights on that, we collected and analyzed 169,610 anonymized public tweets from 81,639 users posted between March 28 and April 30.

We studied the topics people tweet about and constructed their hashtag co-mention network. In this network, each hashtag is represented by a node with a size proportional to the number of times it was tweeted and a color resembling the network community it belongs to. The link between two hashtags illustrates the frequency of them being co-mentioned in tweets. To reduce the complexity of the picture, we applied some filtering methods and visualized the top 300 most popular hashtags in Figure 1. This network highlights both the most popular topics, as well as how they are related to each other. There are a number of interesting observations about this small sample of the Twitter conversation space, and although it is related to a brand management problem, it does hide a subtle political story. 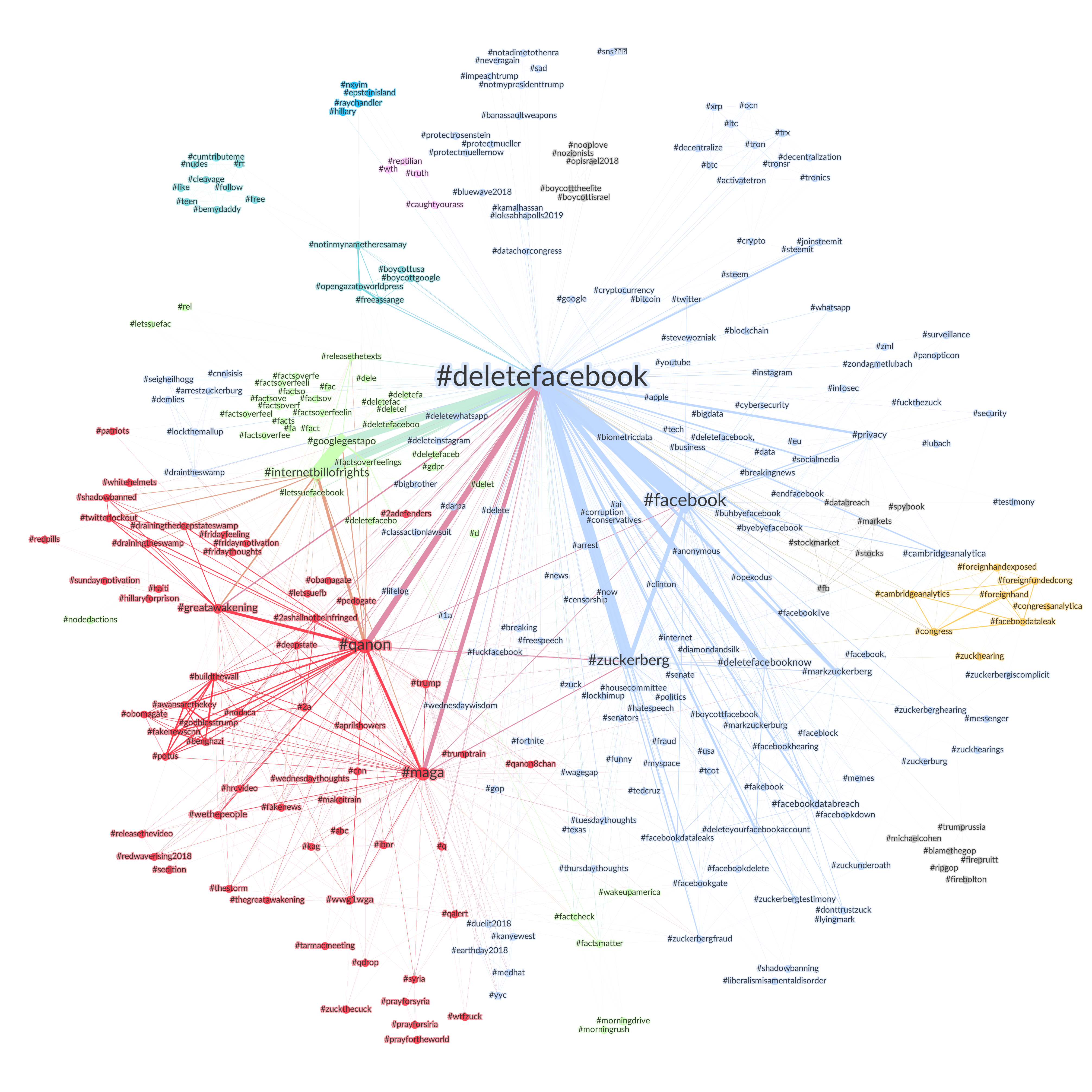 Figure 1. The co-mention network of the top 300 hashtags used in the #deletefacebook campaign on Twitter. The size of the nodes represent the number of times they were present in the dataset, their color indicates their network community based on the method proposed by Blondel et. al. [1], and the width of the link between two hashtags visualizes their co-mention frequency.

1. The Cambridge Analytica scandal and the enforcement of the EU’s General Data Protection Regulation (#gdpr) [2] raised public awareness about data privacy issues to a level unprecedented [3]. These have focused again the discussion around a topic that was quite on the fringes of the conversation about net-neutrality and human rights in the age of the Internet. The concept of the #internetbillofrights is thus clearly emerging in this conversation. Twitter users have even invented the sarcastic tag #googlegestapo, implying that it might be time to re-think the boundaries of #socialmedia and tech companies – our relationship to the #bigbrother. 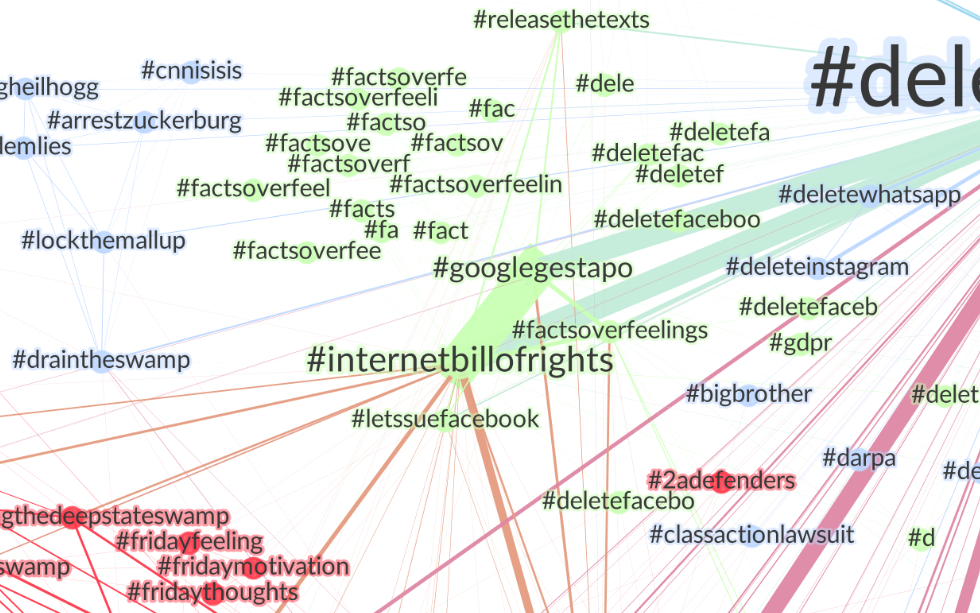 Figure 2. A zoom in around the #internetbillofrights hashtag

2. #maga – the abbreviation of the slogan “Make America Great Again” is among the most popular hashtags, alongside with #qanon, “the originator of a conspiracy theory popularized by supporters of U.S. President Donald Trump” [4]. These hashtags create a discussion community of their own, frequently co-mentioned with tags like #godblesstrump, #buildthewall, #trump, and #hilaryforprison. Apparently, people talking about deleting Facebook also tend to express their support for the current U.S. administration. In the light of the presumed role of Facebook and Cambridge Analytica in the 2016 elections, this coincidence seems quite controversial. 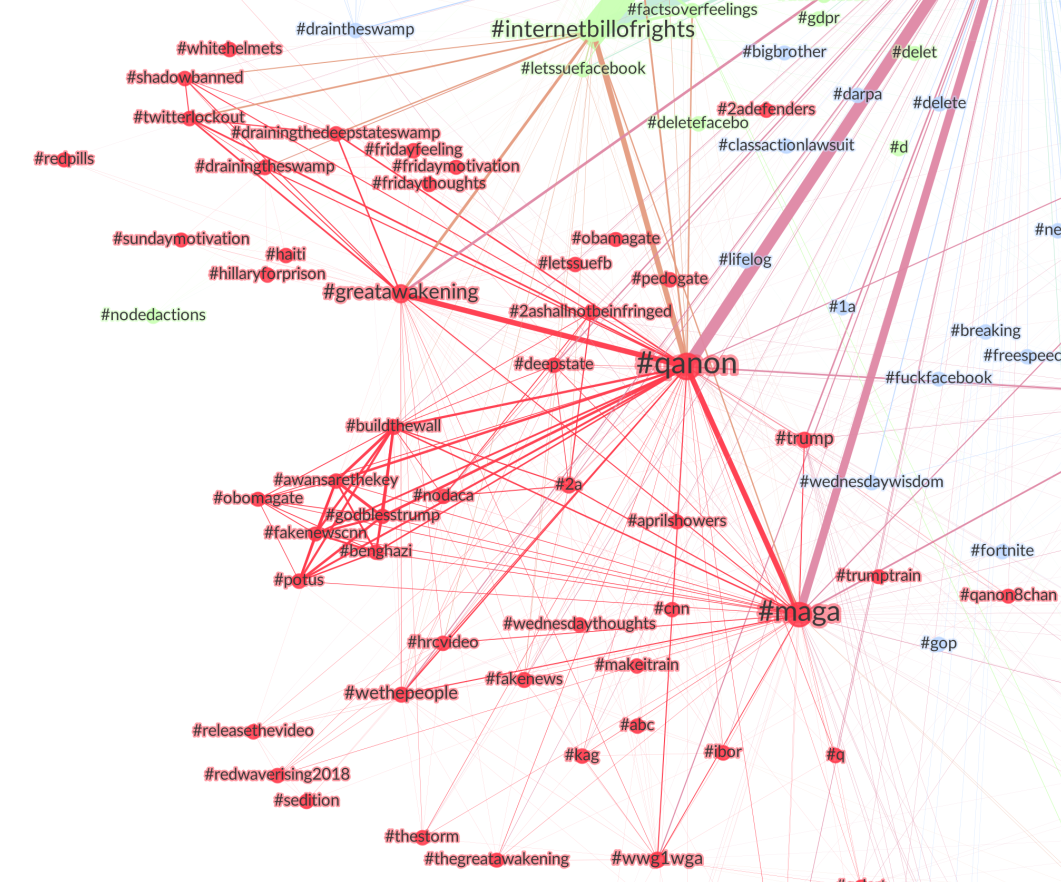 Figure 3. Zoom into the network community of hashtags related to support for Trump
3. Even though recent research suggests that “Republicans tend to feel pleased about tracking, both online and in real life, while Democrats often feel bad about it” [5], the Trump-supporting part of the network significantly outnumbers the fraction of his opposition. As opposed to the typical hashtags in the other conversation community, related strictly to words of support for Trump, the hashtags mentioned in the opposition camp make reference to current context-related issues. See, for example, references to the political fight between Trump and the two key figures in charge of the Russia investigation involving the president (#protectrosenstein, #protectmueller), around the alleged collusion of the Trump campaign with Russia during the 2016 presidential election [6]. 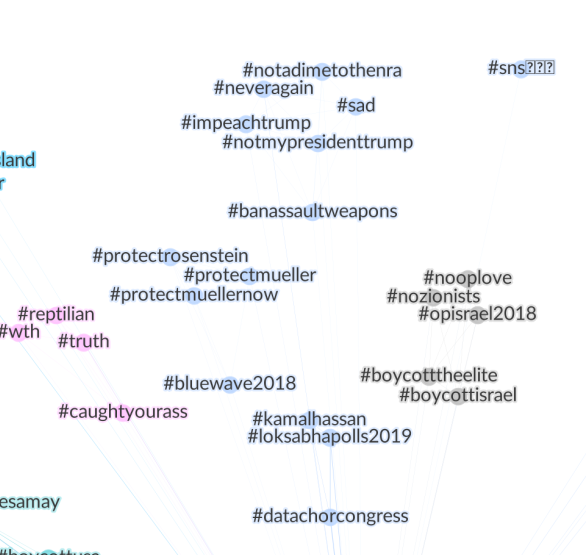 Figure 4. Hashtags related to the opposition camp to Trump

4. Surprisingly, #cambridgeanalytica does not connect to the most popular Trump hashtags, even though Cambridge Analytica, now filing for bankruptcy [7], the company hired by the Trump campaign for the 2016 elections, and the data harvesting done by them was the main scandal leading to the emergence of #deletefacebook, and the main reason why Mark Zuckerberg testified before Congress on April 10. This lack of attention seems to signal that the blame in this conversation seems to be on the data provider, and less so on the data processing company.

Figure 5. The minimal attention given to #cambridgeanalytica
5. Despite the fact that the Facebook team has mobilized quickly in making their data protection policies more transparent and allowing users to opt out of letting Facebook collect data on them in the light of the scandal, and despite the fact that media has picked up on this issue, the Twitter conversation around deleting Facebook does not include references to these efforts. In fact, the entire conversation about it is missing from the top 300 hashtag co-mention network. This lack of social media attention to Facebook’s efforts to retain users in reply to the public scandal in which they have been involved suggests that the issue/topic association game could be more strategically played by the company in order to harness segments of public perception towards their advantage.

Overall, there are three broad conclusions that one can draw from this small and simple analysis of the conversation topic around #deletefacebook on Twitter. First, this conversation, overwhelmingly featured in the Twitter activity of Trump supporters, the attention is focused on the pitfalls of Facebook, as the main provider of personal data for political targeting. There is very little attention, however, to the role and ethical concerns of the data consultancy companies that process and use these data for political targeting. While there is a small portion of the conversation around general data protection legislation and issues, these topics are still at the periphery of an online media attention space which more resembles a one-sided monologue than a real conversation on issues.

Second, certain issues expressed through hashtags over Twitter lack an association between factual information and the perception of Twitter users in their online conversations. Depending on the reach and momentum of these conversations online, this chatter can have consequences for both commercial and political brand engagement and reputation [8]. And third, the universe of users speaking about a particular hashtag can be more or less biased towards one side of the discussion than the other.

Knowing this bias map, with its obvious limitations, matters for those who want to keep the conversations balanced and thus use the main hashtag in conjunction with issues reflected on the other side of the debate. The risk of biased perception spaces is that segments of public perception could reinforce and strengthen like-minded beliefs, transforming the messages into monologues – trapping messages within communities, rather than opening up to critical arguments. In the age of issue polarization that connects online dialogues with offline action, such behaviors need a more purposeful and strategic design of the conversation space.