A Network Map of The Witcher

In his most recent piece, Milan Janosov targeted the fantasy novel series The Witcher to build a network and data analysis, published in Nightingale, the journal of the Data Visualization Society. 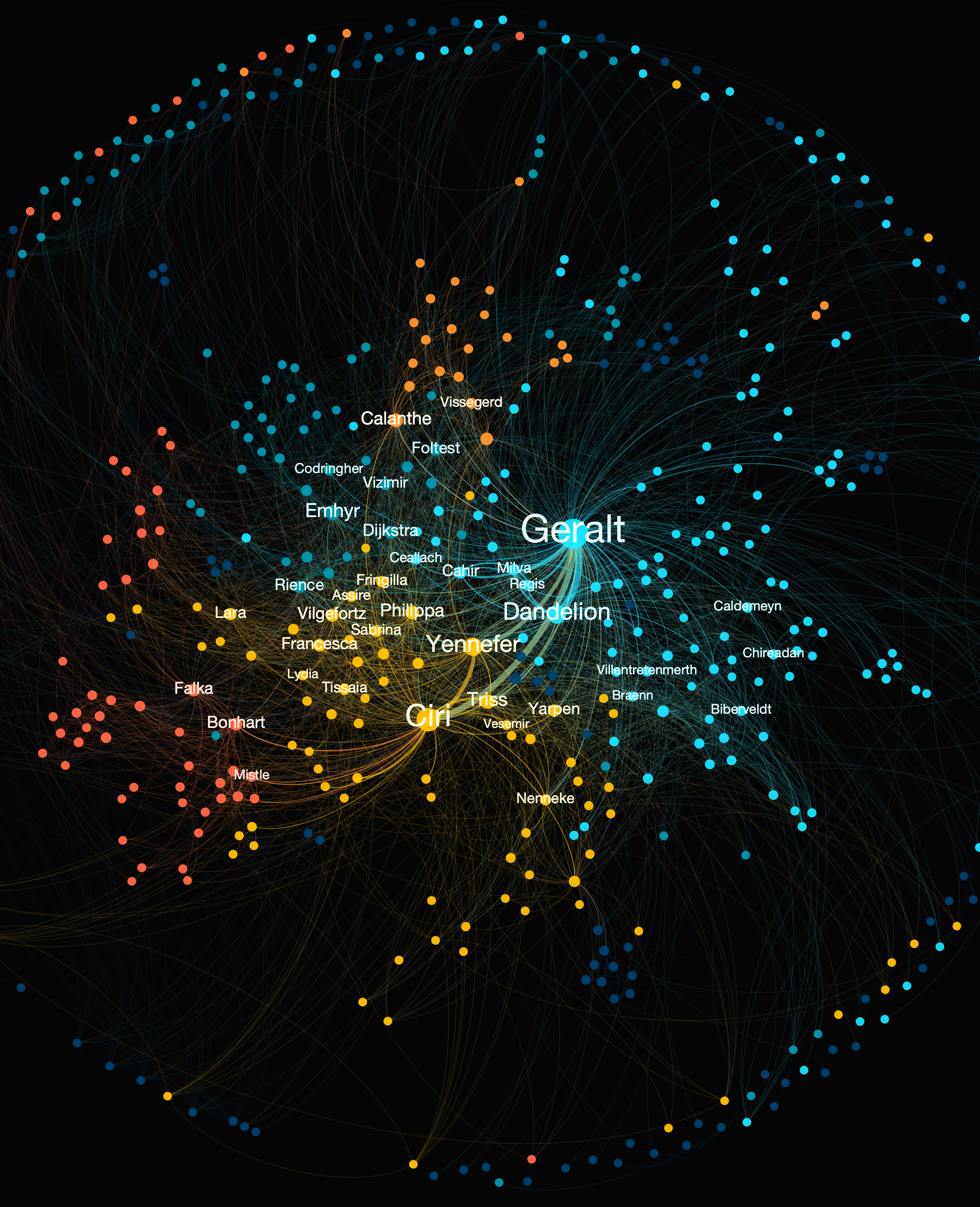 As a primary source of data he collected and processed the text of each novel, counting more than a million words total. Then, he defined a network based on the proximity of mentions of the nearly 700 characters in the series. Then, to provide a quantitative framing of the main visualization, he conducted a social network analysis. For instance, he listed the most central nodes based on node strength and betweenness centrality, discussed the differences between the TV show adaptation and the original books, and related the extracted community structure of the network to the different storylines.