What makes creative people successful? Skills, luck or collaboration? In his talk, Milan Janosov shared with us the insights he gained from analyzing several massive datasets, such as IMDb and the Web of Science, covering millions of individual careers from film, music, literature, and science.

It has been shown previously that artistic and scientific careers follow the ‘random-impact-rule’, that is, within a creative career, each product (a paper, a painting, etc.) has the same probability to be the most successful one, regardless of career age. To be more specific, the impact Ii,α of a product α of individual i can be decomposed simply to the product of a parameter Qi that quantifies the ability of the individual i and a luck parameter pα that encodes external random factors affecting the impact of product α irrespective of the ability of individual i. (ref equation 1)

Applying equation 1, we could decode, for example, the impact of the most successful film of Stanley Kubrick and Kevin Tancharoen (Figure 1). For both, the “luck” parameters are almost the same (~400), meaning that the external environment for the two films to succeed is more or less the same. Yet the impact difference of the two films is huge, because the two directors differ greatly in their individual ability (Qi).

With this impact mechanism in mind, we could investigate the differences between fields. Do unpredictable external factors play a more important role in some fields than the others? Figure 2 shows the variance of the average luck parameter p (y axis) and variance of the ability Q (x axis) of individuals in each field (a dot). A small variance in Q and large variance in p for example, quantifies a field where no one is a genius yet some people get much luckier than others. As is illustrated, luck seems to play a more important role in the field of biology, book publication, and rock music. A linear regression further shows a positive correlation between the variance of the luck parameter and Q parameter. Meaning that the wider the range of the individual’s success is, the more dominant the Q component becomes. 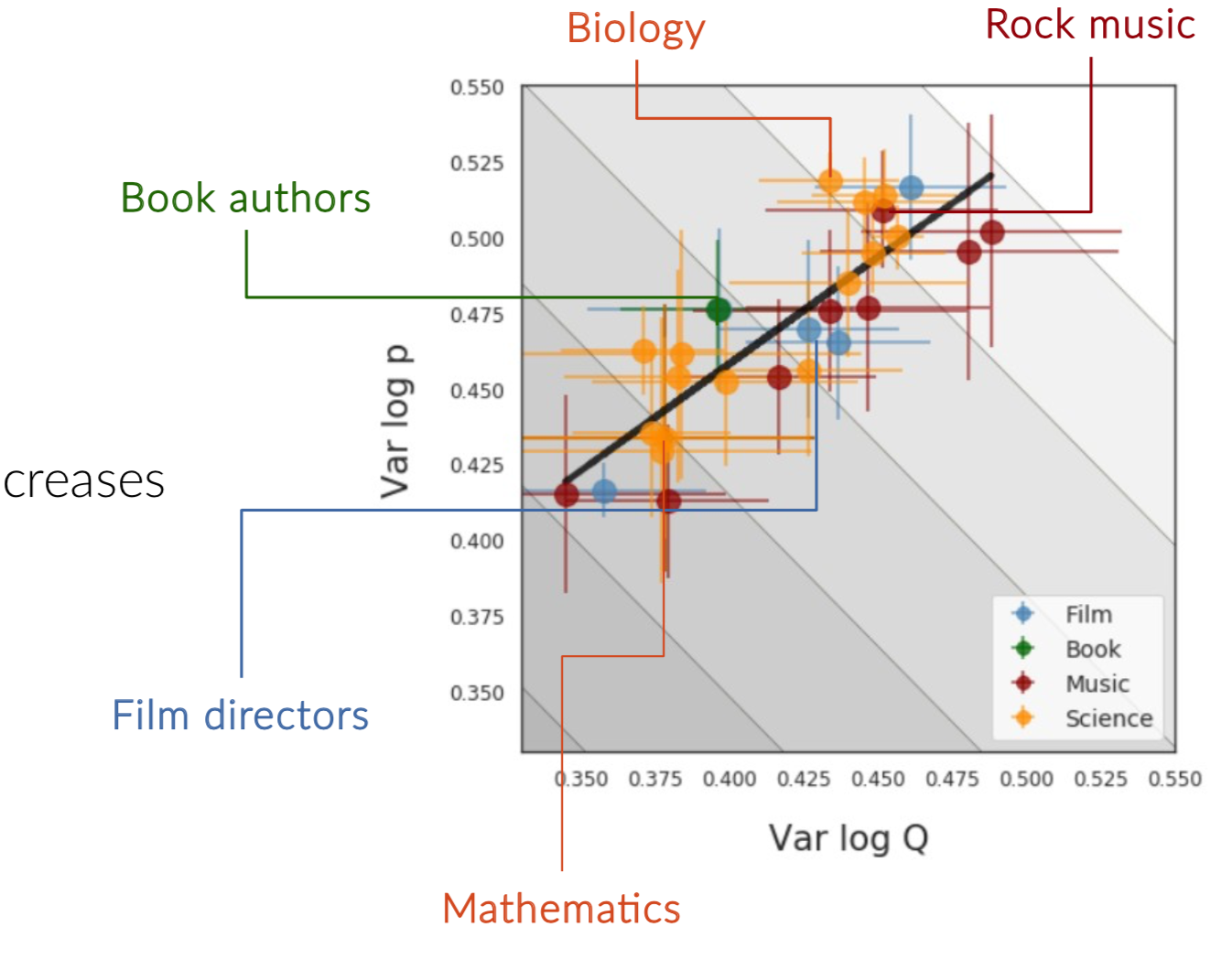 Going back to the individual level, one might wonder if the social position plays a role in the success of an individual. Indeed, as we have been told by many, “networking” is an important skill in order to have a successful career. To investigate this, Milan looked into the network of film directors where nodes represent directors and edges show co-occurrences between directors. The network changes over time as new directors join and new collaborations emerge between directors, so does the state of each director. If we take the time series of a directors’ centrality on the director network as their social centrality among directors, we might expect “networkers”, i.e. directors that gain success because of their social centrality, to have the network centrality time series peak first and then the impact series, and the opposite for “non-networkers”.

To quantify the causal relationship between the social centrality and impact time series of a director, Milan applied a time series shifting method where one shift the impact time series forward or backward to maximize correlation between the two series. In this way, networkers are directors whose optimal shift parameter is negative (backward) and positive (forward). As was shown in Figure 3, shifting significantly increases correlation, which means that network centrality and success are correlated but delayed over time. This proves that both the ‘networker’ and the ‘non-networker’ behavior are present in the movie industry. However, as comparative statistics and machine learning predictions showed, these two groups of individuals are not distinguishable based on their basic career descriptors, such as productivity or success, leaving the question open: how does networking boost success? 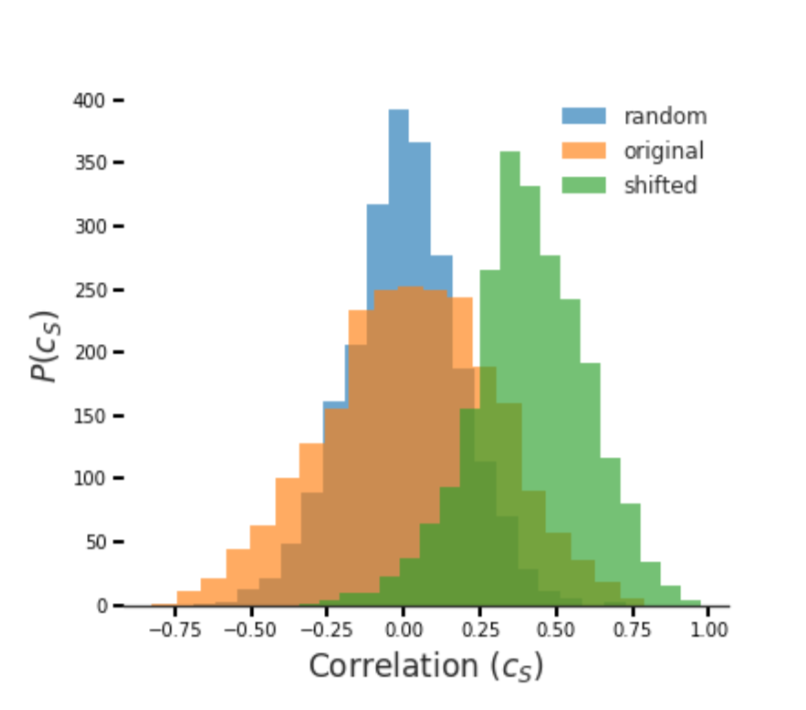 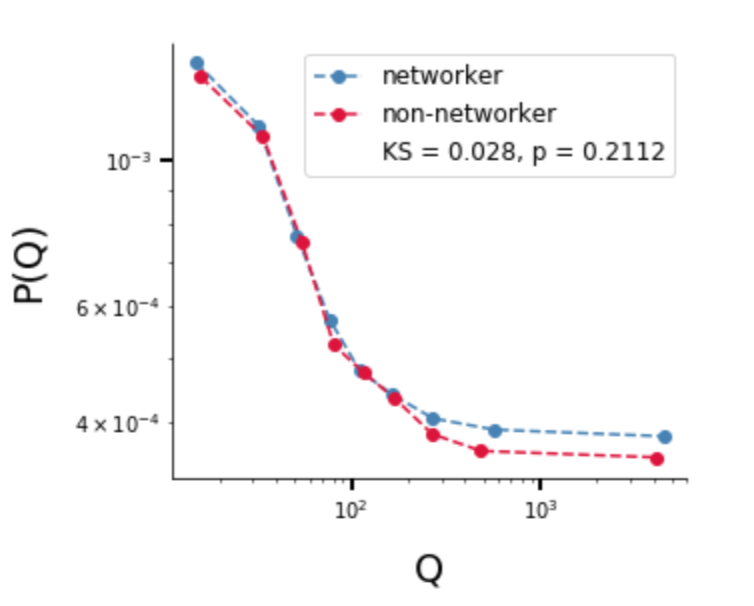