Comparison of Information Spreading on Sina Weibo and Twitter Network

Our first-year PhD student, Hao Cui, presented her thesis proposal on March 26, 2019, on the comparison of information spreading on Sina Weibo, a social media platform in China, and Twitter.

Sina Weibo and Twitter are two of the major online social network sites. They share many similarities in size, structure, and influence (Figure 1).

The comparison between Weibo and Twitter could be interesting because of the following reasons:

Compared to Twitter, Sina Weibo has received less attention from the research community even if the platforms are highly comparable.

There are several techniques to test the information diffusion in online social networks. However, she will focus mainly on such techniques adopted to model the diffusion of processes which can be based either on explanatory models (static or dynamic networks – Figure 1) or predictive models (graph or non-graph-based – Figure 2). On the other hand, the techniques adopted to identify the influential spreader will be mainly of three kinds (Figure 3): topological approaches, identification using diffusion models or using users’ features. 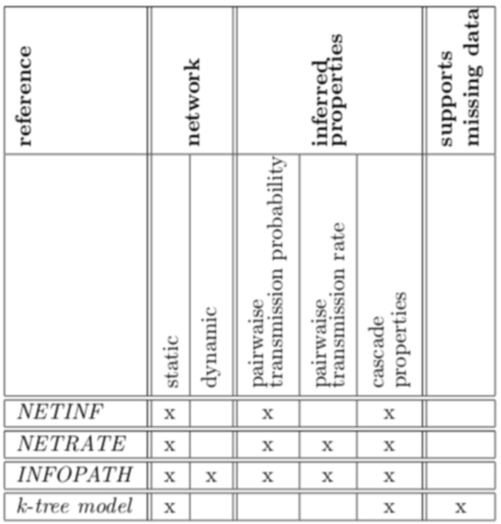 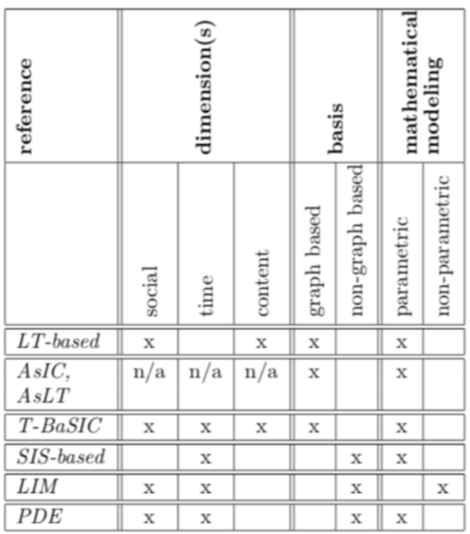 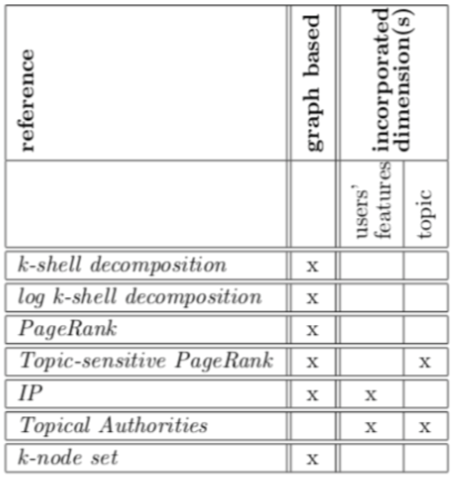 The existing dataset about the Sina Weibo network has been crawled by Tsinghua university, compressed RAR format size 8.15G, from July 28, 2012 to October 29, 2012. It includes the following features:

There are two main obstacles to overcome: