Robyn Radway, Assistant Professor at the Department of History at CEU, presented her latest book project combining early modern history and network science, on November 12 as part of the DNDS Research Seminar Series. Her project aims to capture yet-unknown historical processes through data analysis by studying the interaction patterns between members of noble families, bureaucrats, and the people who supported and served them in Habsburg Central Europe in the 16th-17th centuries. She does so by using their alba amicorum, which are book-size collections of paper used to gather signatures of friends and acquaintances collected by an individual. 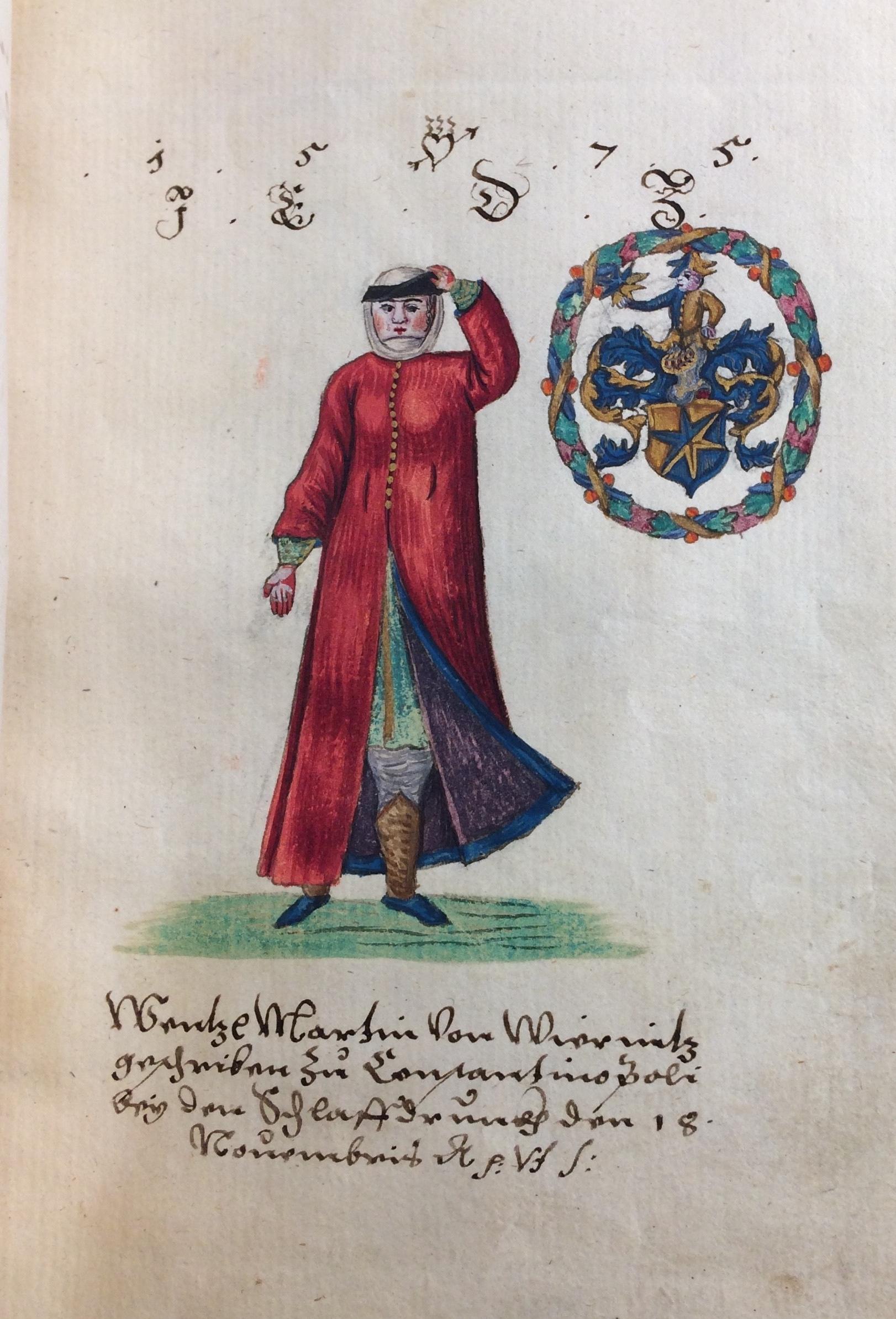 Figure 1: An illustration from the album of Stephan Haymb signed by Wentzl Martin von Wiernitz in Constantinople on November 18, 1575, today held in the Royal Library Copenhagen.

The approach Professor Radway presented shows how manually digitalized information provided by the time-stamped signatures the albums contain can be used to reconstruct the early modern social network of the album owners and those who signed. This work focuses on 50 albums from Habsburg resident ambassador's house in Constantinople from the second half of the sixteenth century. The transcribed dataset contains nearly a thousand signatures. First, the audience was introduced to the difficulties of transcribing such historical records, also mentioning the challenges of data cleaning (like garbled proper names, irregular calendar systems). Next, Radway presented her network approach. She constructed the social interaction network of the people signing these albums by representing them as the nodes of the network and defining the ties between two nodes as the number of times they both signed the same albums within a certain period of time (e.g. 30 days). The analysis, using well-established social network tools, lead to a number of interesting findings and ideas, such as:

1. Surprisingly, not only noblemen and ambassadors were central to the social life of the house, but one of the most central figures, captured by his album's highest betweenness, was the master cook (Figure 2). 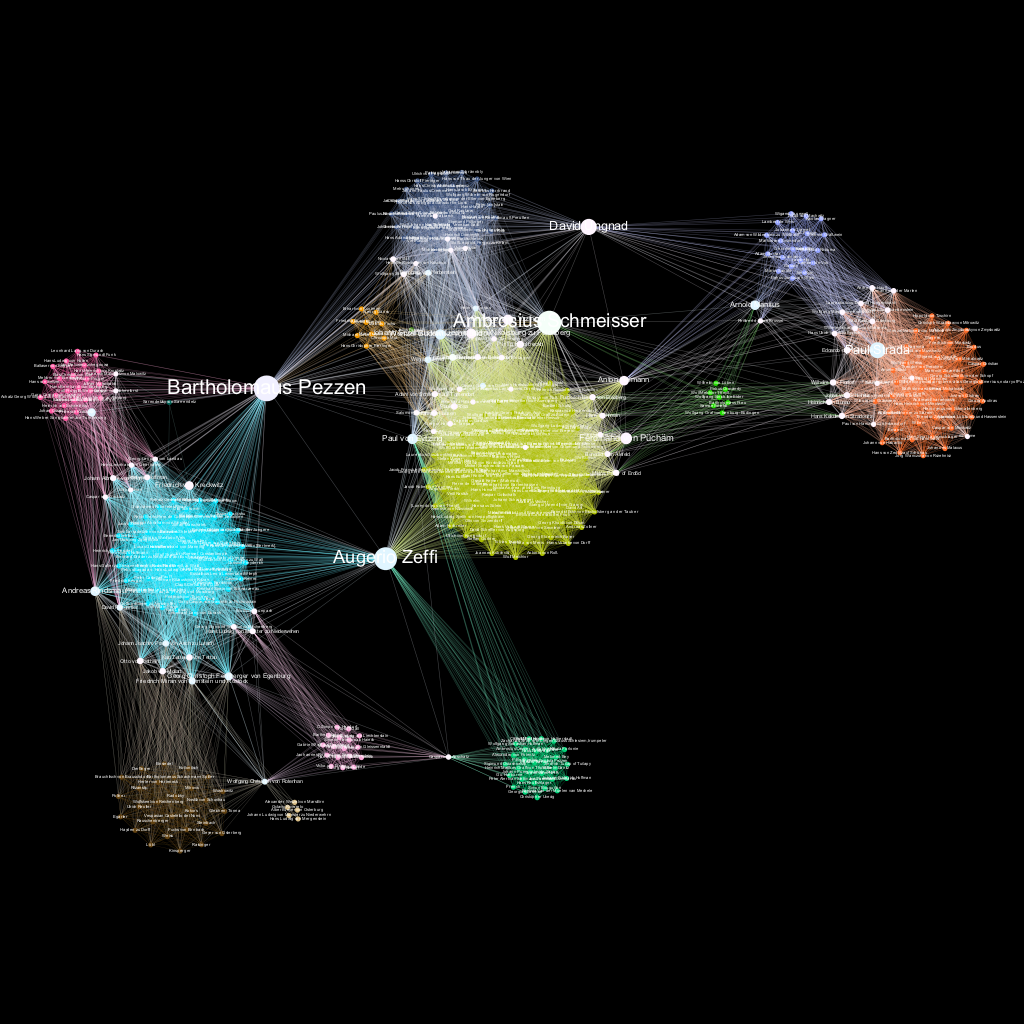 Figure 2: The historical social network of members of noble families, bureaucrats, and the people who supported and served them in the Habsburg resident ambassador’s house in Constantinople. The node coloring encodes the different albums, while the size of the nodes is proportional to the individuals’ betweenness centrality. The figure points out that the highest betweenness node is Ambrosius Schmeisser, who happened to be a scribe in the house. The cluster in yellow-green at the center is the album owned by the master chef of the house.

2. The unexpected distribution and clustering of signatures when examined using a 30-day projection of ties allowed Radway to identify social gatherings. Though these social gatherings were not described in the travel narratives written by residents of the house, Radway went back to the archives and was able to tie these bursts of social activity to the spreading of groups of people in different directions: one group leaving for home and the other leaving for a pilgrimage to the Holy Land.

3. The spatio-temporal evolution of these networks has even more far-reaching implications by studying the role of the geographical borders and the interactions of displaced individuals, we can get a better sense what it really meant to be under the protection of the House of Habsburg when living abroad. How did people from the Holy Roman Empire and Habsburg-ruled territories, spanning from Mecklenburg to Brussels, and from Tyrol to Flanders interact with each other? How did this change over time?

4. Seeing the data from the albums mapped out on one screen surprised Radway in a way that made her rethink the structure of her book. The signature collecting patterns varied to a significant extent based on the owner's background and occupation. Ambassadors, for example, signed several albums but never collected their own books. The classically trained humanists collected signatures mostly from their Greek counterparts rather than their housemates. This led Radway to restructure the chapters to better reflect these occupational nuances.

The network science part of the project started with the help of the Digital Humanities Initiative of CEU, which put Prof. Robyn Radway from the Department of History in touch with Ph.D. Candidate Milán Janosov from the Department of Network and Data Science. The collaboration will continue with Assistant Professor Gerardo Iñiguez joining the team on researching historical social networks through such albums.