Dynamics of Conflict and Controversy in Large Social Networks 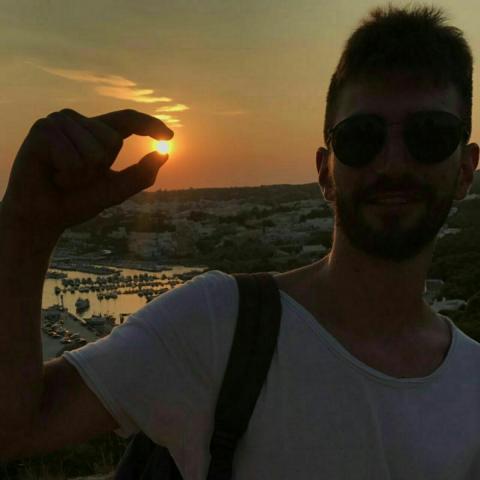 Conflicts and controversies are a distinct trait of human interactions, and most of us experience these issues more than we would like. But how do they arise, and how can we measure and model them in a social network? In his talk, Matteo Neri, from the Center for Network Science at Central European University, draws an intriguing picture of such a phenomenon, outlining the research track of his PhD project. “Controversies are ubiquitous and often bring popularity,” Matteo points out. The success of many artists is indeed tightly entangled with the huge stream of criticism which follows their performance, and in recent years no one has exploited this better than Lady Gaga. Such a link is so strong that it even inspired a new type of advertisement: for instance, in the case of Marmite, which explicitly plays with the fact that many people dislike it. Love it or hate it, we are going to talk about it.

In the current digital era we live in, controversies have already been observed in a number of different contexts. A paradigmatic example, investigated last year by Dr. Yasseri and collaborators, is the self-organized world of Wikipedia, where some users appear to spend an incredible amount of their time just reverting changes made by other users (it comes with no surprise that the Wikipedia article associated with Lady Gaga has been reverted too many times to count). Some of these users are actually bots, but even good bots fight!

The relationship between the controversial nature of an action and its success is still largely unknown. “Pardus, a massive multiplayer online game with 450,000 registered users, might help clarify this,” Matteo argues. In such a dataset, an enormous amount of links, both positive (friendship, communication, and trade) and negative (enmity, armed aggression, and bounty hunting), allows investigating how human relationships look like, and, more importantly, how they evolve over time. For instance, from the analysis of the time-aggregated organization of this large-scale social network, some structural differences between positive and negative links were already clear. The number of our friends tends to be bounded, but as for our enemies, it is a different story, previous studies have shown.

For his PhD Matteo has also started scraping and analyzing data from the hottest YouTube channels, as the American video-sharing website is an incredible collector of everlasting discussions. He also suggests that the new framework of multilayer networks, where ties of different nature (e.g. positive and negative) are embedded in different layers, might provide useful tools for shedding light on his research questions, as well as for motif analysis, time series analysis, and match sampling. What are the trigger conditions for the start of an explosive discussion? Do individuals forgive or tend to remember bad actions? Thanks to Matteo, it seems we will only have to wait a little bit longer to find out.