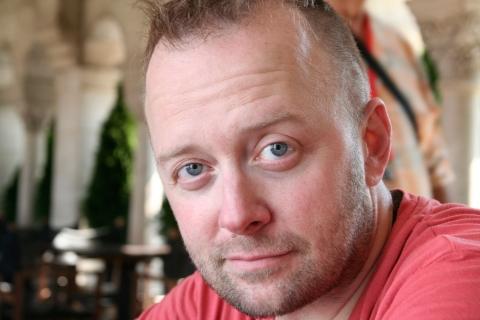 Carl Nordlund, a member of the Political Economy Research Group and a post-doctoral research fellow at the Center for Network Science, won the World Society Foundation Award of Excellence 2013, a biannual award given to papers on world society research. The award was presented at the "Structure of the World Political Economy" conference held this month at the University of California-Riverside, co-hosted by the World Society Foundation and the Political Economy of the World-System section of the American Sociological Association. The title of Nordlund's award-winning paper is "Preceding and Governing Measurements: An Emmanuelian Conceptualization of Ecological Unequal Exchange." For more information on the award and the organization, see http://www.worldsociety.ch/doku.php. For more on CEU’s Political Economy Research Group see http://perg.ceu.hu.