Circadian Rhythm of Urban Population: Are We Like Fruit Flies?

Kimmo Kaski is a professor at Aalto University and one of the pioneers in computational complex system research.

During his talk at CNS on October 9, he gave an overview of his research on the circadian rhythm of the urban population.

Circadian rhythm has been at the center of attention recently with the Nobel Prize in Physiology or Medicine awarded to J. C. Hall, M. Rosbash and M. W. Young for being able to “peak inside our biological clock and elucidate its inner workings”. Kimmo’s work focuses on the influence of the seasonal and geographical dynamics of the environment on human circadian rhythm, analyzing patterns in phone records. The study presented had been carried out on a large set of mobile phone data totalling around 3 billion calls and 500 million text messages from 10 million subscribers.

A strong correlation between the nocturnal resting period and the length of daylight (currently on the given latitude) is one of the major findings: it was achieved by comparing inactivity periods in aggregated records with open access databases containing geophysical records of the countries and cities. Other important factors that are correlated with the inactivity patterns were identified as temperature (above a certain threshold), gender, and age. Both geographic and social conditions are significant factors in our active and inactive periods. 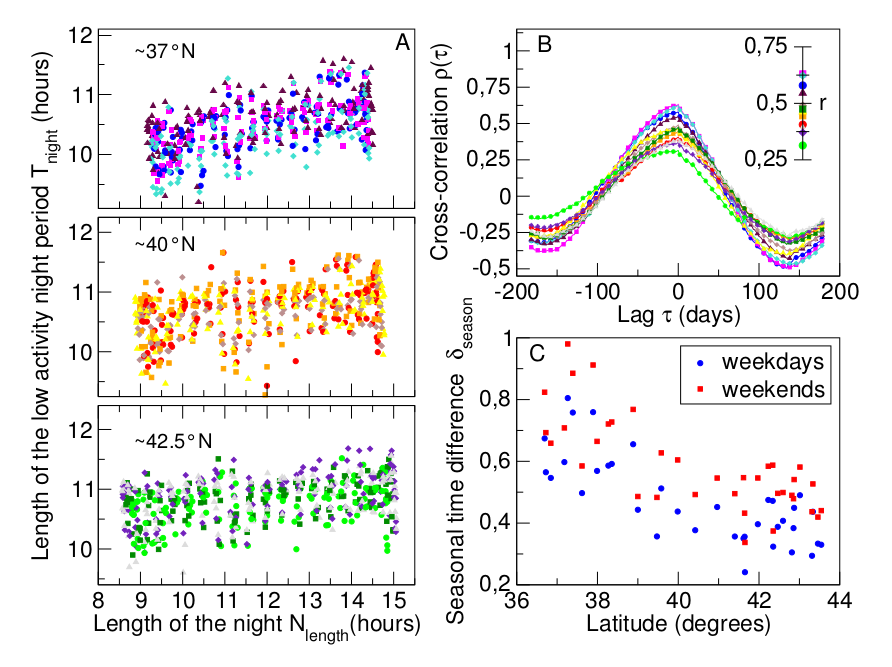 In Figure 1, some results about the geographic influence are shown, in particular the influence of the latitude. The seasonal difference in resting time during the night is strongly related to the daylight hours of a given geographic location. Nonetheless, it seems that the total amount of daily resting time around the year stays constant with the time devoted to rest during the afternoon compensating for the amount lost during the night. This can be seen in Figure 2. 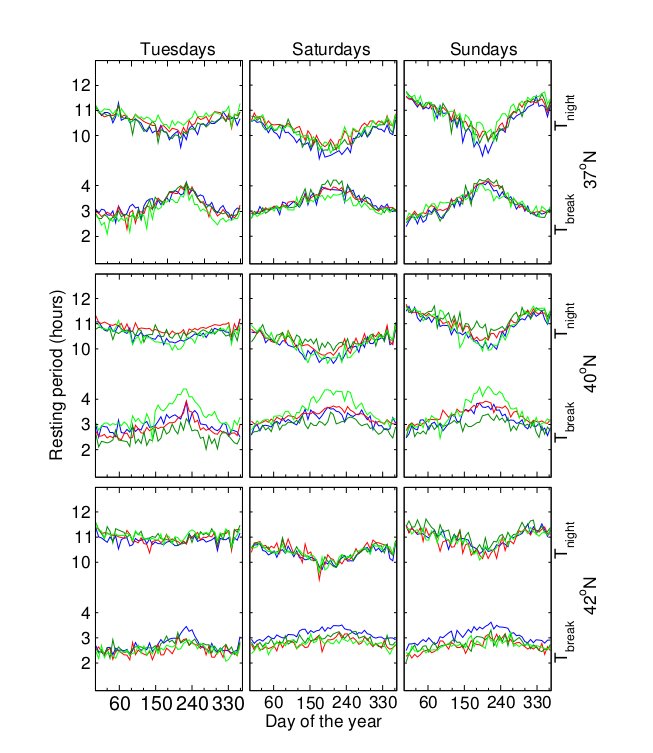 Figure 2. From D. Monsivais, K, Kaski et al. “Seasonal and Geographical Impact on Human Resting Periods”. Periods of low activity during the day and during the night. The total amount of time is preserved.

In Figure 3, it is visible how age and gender play a role in resting periods. In particular, the data analysis showed that the higher activity patterns belong to the 20-years olds, and among them, to the males. The differences between genders decrease with age. 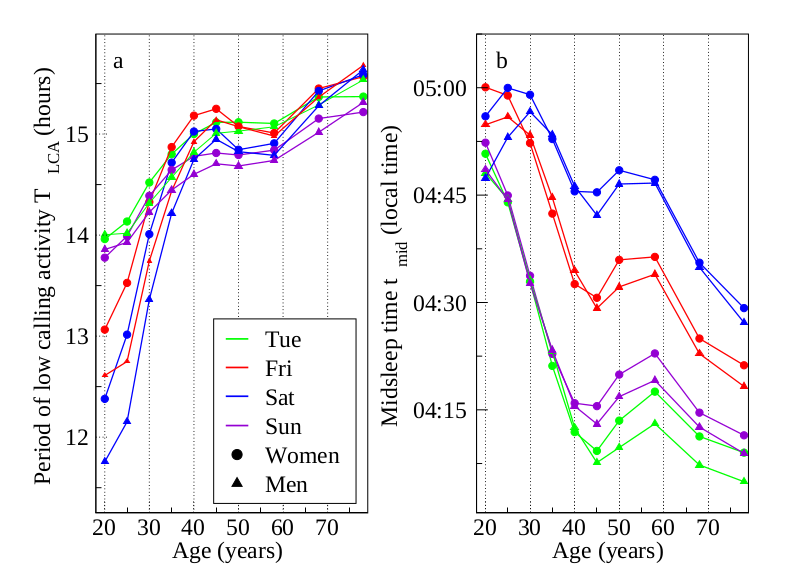