Why George Lucas should stick to writing scripts and not directing

It is a common phrase that hard work always pays off, but is that really true? Can we measure the effect of luck within a career? CNS’s 1st year Phd Student (Supervisor: Prof. Roberta Sinatra) Milan Janosov’s research focuses on how to quantify the building blocks of a successful career, such as luck, skill and collaboration.

His research plan is to develop a method and apply it to various scientific and artistic disciplines to understand which element of success in which field plays a bigger role in achieving outstanding scientific discoveries and artistic performances. He aims to test the model on scientific and non-scientific datasets such as the Web of Science, IMDb, and Goodreads to see is if there are general laws behind creative success or not.

He defines luck as the stochastic component of success, which depends on the characteristics of certain fields, and skill, which only depends on the individual. With a quantitative method, it will be possible to quantitatively describe the differences between various fields and place them along a luck – skill axis in this scheme. For instance, it is easy to see that roulette only depends on luck, since no matter how skillful a player is, the outcome will be completely random. On the other hand, in chess, there is a deterministic number of strategies, which in theory minimizes the role of unpredictability and let the skills of the players dominate. Janosov also aims to study this on a deeper level to see if these tendencies have any kind of relation to the social structure of each field.

So what does science recommend to George Lucas?

Milan's research is still in early stage, but he has already shown some interesting results based on IMDb careers.

The following chart shows the career of George Lucas. The length of the pin shows the impact of each movie, the color defines if it was written or directed by him. The red point shows critical acclaim. The upper chart is based on the average ratings each movie gets, while the bottom one shows the number of votes on IMDb.

If we look at his whole career, it is visible that he had a couple of attempts to direct movies in the 70’s, but bigger success came with the first Star Wars Episode. After Star Wars, he never managed to be as successful, but the movies he has written are still more popular. 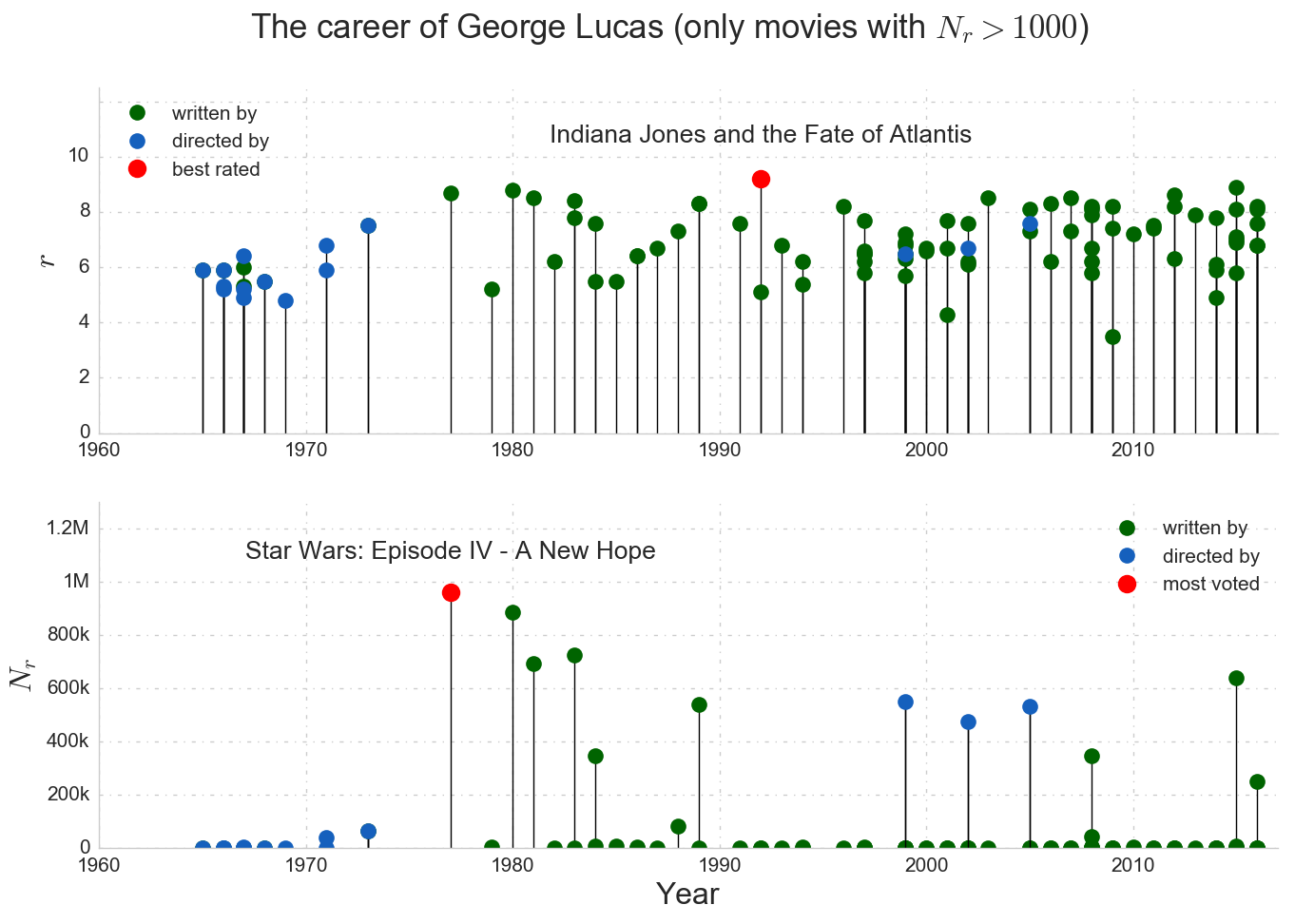