Visiting Scholar at University of Cambridge

"From this place, we gain enlightenment and precious knowledge"

We all have places we dream of experiencing. Do you remember that feeling of expectation before getting there? That bitter-sweet fear of the unknown? And then, at the end, that feeling of it being even better than you imagined? For me, Cambridge was such a place - this Mecca of intellectual history, of history of science, of revolutionary thought that changed the world. Using the Doctoral Research Support Grant at CEU, in October and November this year, I had the pleasure of being a Visiting Scholar at University of Cambridge, Department of Sociology. Those two months have been extremely productive and immensely rewarding. 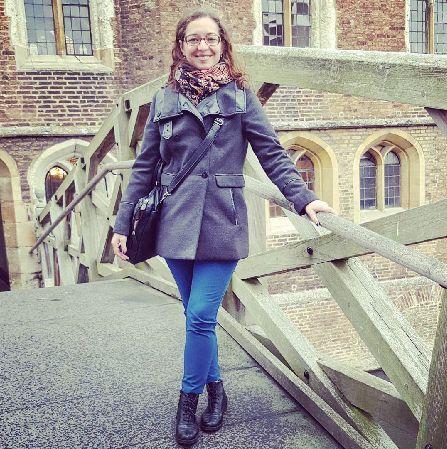 My experience in Cambridge was defined by two goals: first, the academic one - the intellectual pursuit of answers to the complex questions I ask in my PhD dissertation. Second, the touristy one - the learning about one of the most successful educational institutions in the world, in one of the most powerful countries in the world. I have lived in Scotland before, but this was my first time in England.

At first, I was shy, and a bit fearful of living among too many brilliant minds on a square meter - a question I naturally asked myself before arriving - will I fit in? After being welcomed and received with open heart, I quickly settled in and began enjoying one of the best journeys of my life.

Academically, I managed to achieve a little more than I expected. With guidance and feedback from two leading scholars in corruption research, I have put together and tested an analytical framework for measuring levels of business and state capture, two forms of institutionalized grand corruption, maladies that affect many countries, both developed and underdeveloped. This framework, inspired from advances in bioinformatics and the study of gene interactions, allows researchers to objectively measure and systematically compare corruption risks in business-political interactions, such as public procurement, across industries and countries, over time.

This is an important advancement in the study of grand corruption for two main reasons: first, because there was no such standardized framework that would allow meaningful comparisons within the same country, or across countries. And where there were attempts to measure such risks, either they were based on subjective measures of corruption, or they failed to account for the complex interdependencies created between business and political players that form resilient networks of corrupt behavior. As a result, precisely detecting business and state capture, and effectively curbing their effects on state capacity and business performance were tasks that gave analysts and policy makers a lot of headaches and resources spent inefficiently.

The framework I worked on with Mihaly Fazekas, a research associate, and professor Larry King, at the Department of Sociology, allows us to characterize and statistically validate the extent of business and state capture in different industries and countries, the relevant mechanisms of control leveraged by different business companies and political actors, and pinpoint the systematic perpetrators. Misi and Larry are principal investigators of the DIGIWHIST project which provides the largest standardized database of public procurement data in Europe. These data provide the perfect testing ground for this framework, which I used to validate my work.

With a stoic routine and a lot of work, I managed to write the most important chapter of my PhD dissertation. I was invited to hold a talk at the Isaac Newton Institute for Mathematical Sciences, where I presented this analytical framework, and then to hold a poster presentation of the results at the Turing Gateway to Mathematics program. It was a privilege to be the first CEU and CNS representative at these events, from where I gained valuable feedback that strengthened my work. 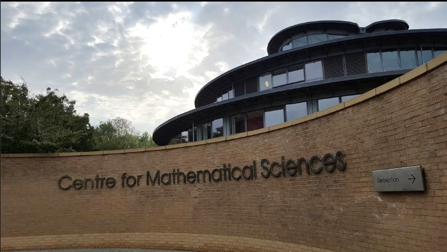 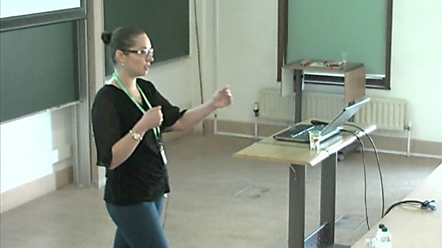 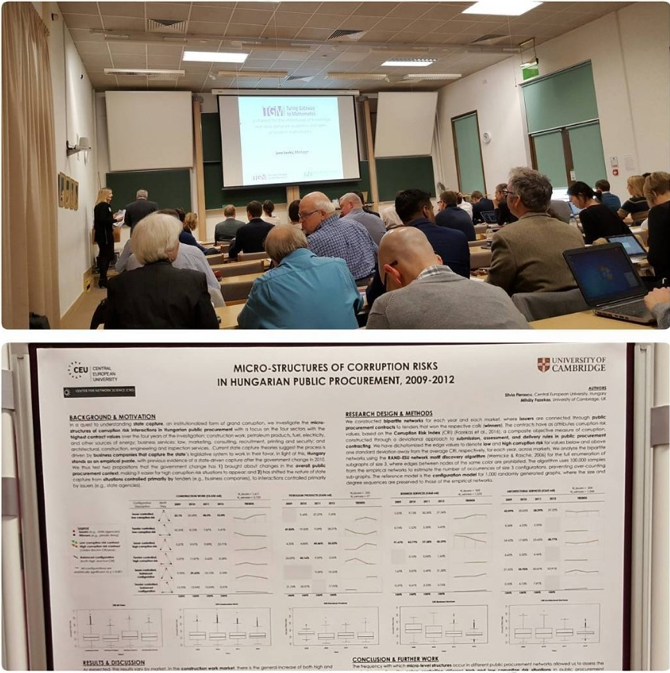 For any lover of knowledge, iconic places like Cambridge are like candy shops for happy kids. I awed at every step on those narrow, cobbled streets, at every ceiling of every chapel I entered, at every painting on those fancy dining hall walls, at every leather-covered, ancient book I found in the libraries. From a touristy point of view, I have learned a lot in two months. So much in fact, that I managed to impress my family and friends visiting, for whom I have acted as an experienced tour guide of the city and the many university colleges. It’s very hard not to fall in love with those impressive buildings and their mesmerizing craftsmanship, centuries-old libraries holding original manuscripts across their shelves or the river Cam, and its surrounding natural beauty.

In the little time I had off work, I loved to immerse myself in the typical Cambridge life - going "dining hall crawling" (eating in a different college dining hall every other day), taking long walks in the Botanic Garden or along the river, sipping coffee at Fitzbillies’, one of the oldest cafes in Cambridge, or ale at the Eagle, the oldest pub in town, where the discovery of the DNA was first announced in 1953. Loved finding inspiration in original manuscripts of revolutionary thought at the Wren Library and peacefully listening to choral and organ services in the amazing King's College Chapel. 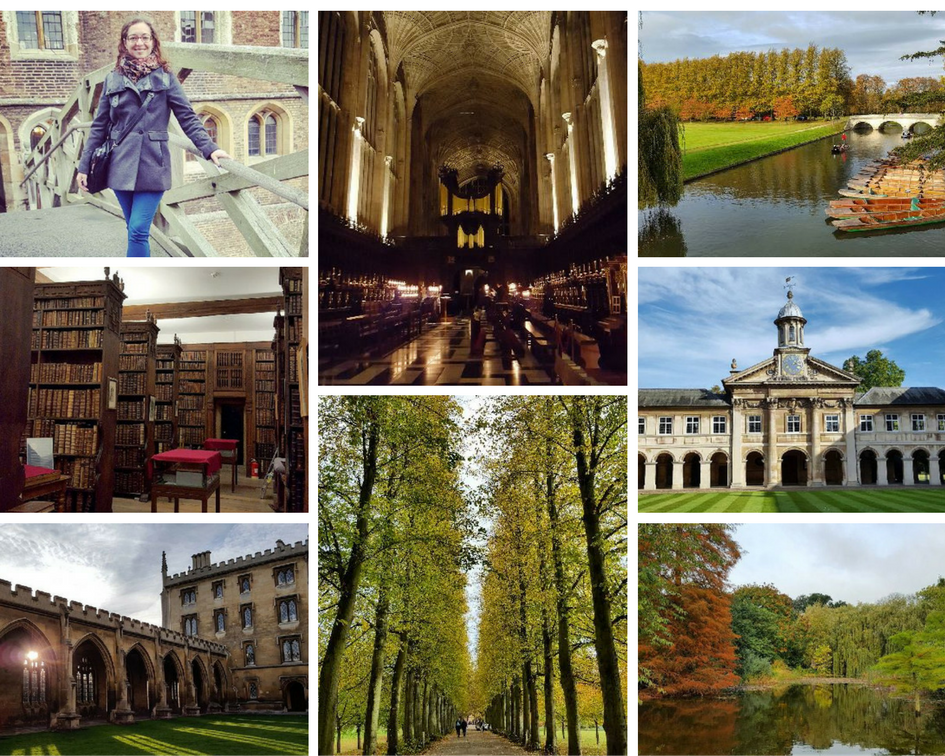 Serendipitously, I managed to find a lovely house with the greatest mates - a cozy, affordable, and authentically fun experience. I shared the house with a bacteriologist, an airplane designer and a biotechnologist, from Brighton, Cambridge, and Manchester, respectively. I will certainly miss Amy’s amazing cooking, Richard’s great humor, Nick’s life-saving coffee, the ice skating, the classical music concerts, and the fine dining we shared together.

There are several important things I’ve learned from my whole experience in Cambridge. From my PhD and post-doc colleagues, I learned to remain humble in my intellectual endeavors, but be more assertive and self-confident. From the professors, I learned that great minds are nurtured for success, rather than expected to succeed. From the city of Cambridge, I learned that glamorous, opulent wealth coexisting with rough homelessness signal an age-old problem of inequality that is first and foremost reflected in the paradoxical contrast between a huge school dropout rate and a successful university which locals rarely reach. Finally, from the university itself, I learned that interdisciplinarity, when institutionally supported, generates needed advances in knowledge. In each of the 33 colleges of the university, students from different disciplines are placed in the same dorms, eat at the same tables, and actively collaborate to produce knowledge. This system that supports diversity of thought and somehow constrains people with different interests to work together is one that, in my opinion, contributed to the success of intellectual and academic life have at Cambridge.

All in all, my experience in Cambridge was better than I could have imagined it, both intellectually, as well as personally - an inspirational and aspirational journey through 800 years of intellectual history that will remain with me forever. I wholeheartedly encourage you to take the opportunity provided by the Doctoral Research Support Grant at CEU, find scholars to work with abroad, go discover amazing places, and do work that matters.