Pop in to the Evolution of Physics

Newton and Leibniz in the 17th century, Scheele, Prisetley and Lavoisir in the 18th century, Darwin and Wallace in the 19th century, or more recently, Berezinskii and two of the Nobel laurates in Physics of 2016: Kosterlitz and Thouless – what do they have in common? They all made the same groundbreaking and paradigmatic discoveries at a similar time, independently from each other! Can this be captured within the network structure of the field?

Understanding structure of innovation and scientific success is a hot topic not only in network science but also here in one of its hot spots at CNS. In line with this, in this week’s research seminar, Chulho Choi, a postdoctoral researcher at CNS showed his most recent findings about identifying multiple independent discoveries.

In his ongoing research in cooperation with Prof. János Kertész they constructed a co-citation network formed from nearly 4,000,000 papers and 50,000,000 citations from nearly 500 Physics journals. They constructed the co-citation spanning trees for clusters of research fields in physics consisting of several thousand nodes and identified key relations and core structures across time. 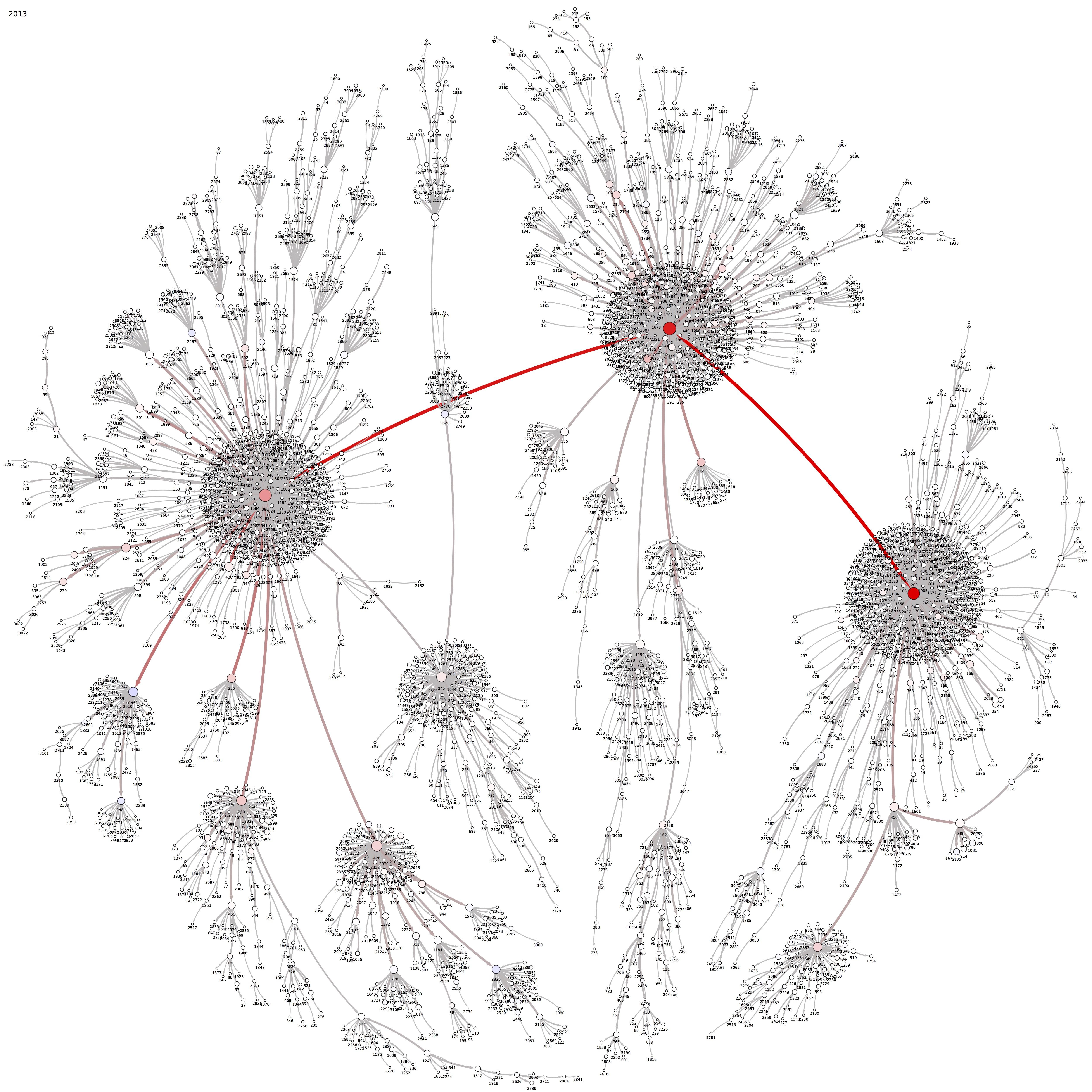 Details may be seen in the papers to be published on the topic in the near future. Hint of info with interactive visualization about each investigated field, including BKT field findings, in which the Nobel Prize was just awarded in Physics. (The lighter the color of the nodes, the higher their gain values. Wait a few seconds until the graph arrives at a stationary phase, then put the cursor on the node you are interested in.)