A fundamental question in disease modelling is how the initial seeding of an epidemic that spreads over a network determines its final outcome. One important goal has been to find the seed configuration, which infects the most individuals. New research published in PNAS, however, identifies a new phenomenon by showing that an epidemic seeded from the most connected populations of a country’s commuting network may not always lead to a larger epidemic, but counterintuitively, under certain circumstances, an epidemic striking from the periphery of the network may be more dangerous and reach a larger population.

“This result may contribute to the better designs of epidemic forecasts and intervention strategies in a country during an ongoing pandemic,” commented the leading author of the paper, Associate Professor Marton Karsai from CEU’s Department of Network Science. The research highlights the importance of following not only the rate but also the spatial distribution of new infection cases of a spreading disease or its variants during the early phase of an epidemic. Based on the research, inventive testing strategies should be drawn up to disclose the spatial distribution of the epidemic during its initial phase. “Based on these early-time observations, our theory provides understanding about the long-term consequences of an epidemic by considering the commonly over-looked and convoluted effects of epidemic seeding, and the geometric structure of human populations and mobility,” added Professor Karsai. 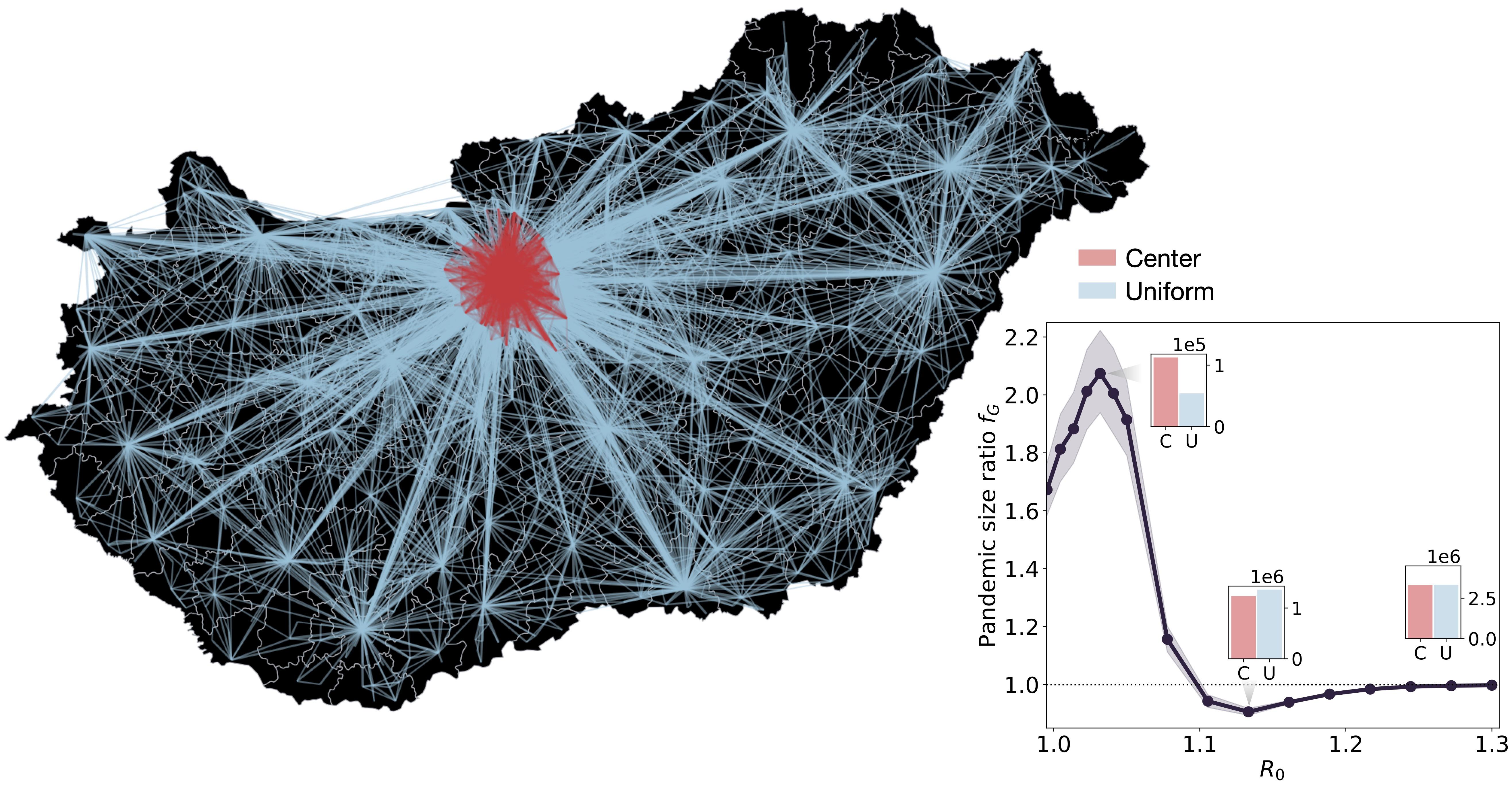 For more, see Switchover phenomenon induced by epidemic seeding on geometric networks,  published in PNAS in print on October 12 and online on October 7, 2021.