Cities have become the economic bedrock of modern nations. Global mobility patterns of people are usually seen as the “heartbeat” of a city. One aspect of these mobility patterns is the urban mixing of people, which depends on a variety of factors, including geographic constraints and socioeconomic status. In fact, an individual’s socioeconomic status, together with homophily (i.e. the tendency to associate preferably with others similar to oneself), stratifies society and leads to urban segregation. This segregation can be observed in the mobility patterns. In her thesis project, Rafiazka is interested in segregation in mobility. Two major questions communicate the theme of her work: First, to what extent can embedded socioeconomic features be inferred from individual trajectories? Secondly, how do socioeconomic features influence the mobility mixing of populations in space and time? 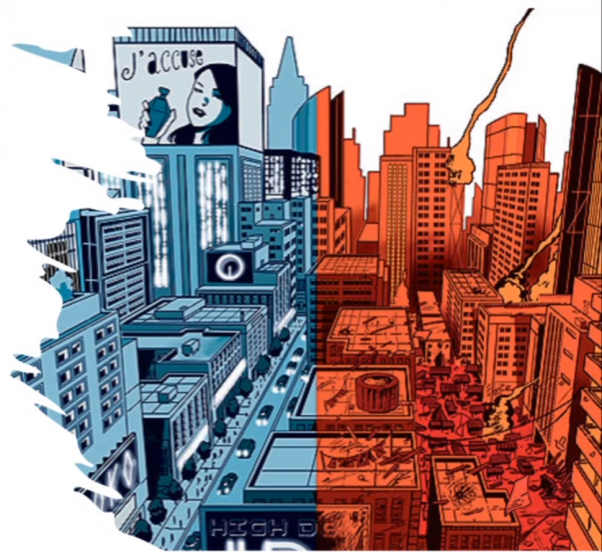 Earlier studies have shown that the increase in socioeconomic level follows a linear relation with the increase of mobility variables, and that variables such as per capita income, education rate, unemployment rate, deprivation index, education status, family size and household ownership may be of interest in this context. Concerning segregation mixing, some aspects from useful references are the spatial extent of daily activities, one’s frequent activity locations, and movements between these locations. It has also been shown that workplace distributions tend to be less segregated than residential distributions, and that the diversity and number of frequently visited places is greater for people of higher income.

In the first phase of her project, Rafiazka is seeking to understand how residents in a given area are mixed with other people from different socioeconomic classes. In a second moment, she hopes to predict what are the most likely future destinations (e.g. home, school, hobby, etc.) for a user, based on their present location and history of visited locations. She is using a Foursquare global-scale check-in dataset as mobility data, including 415 cities in 77 countries, during an 18 month period in 2012-13, totalling more than 33 million check-ins by about 267 thousand users. For socioeconomic status, she is inferring users’ home locations, and using census variables, at the moment only for the United States, including economic, demographic/housing, and social characteristics. Preliminary analysis for the city of New York shows broad-tail distributions for the lengths of individual trajectories, i.e., the great majority of movements are of very short distance, but there are a few of very long distance. The higher income users in the city are concentrated in the financial district, from the far south to the upper east and west sides surrounding Central Park, while lower income users reside primarily from the lower east side to upper Manhattan.

To quantify socioeconomic status (SES) of users, which includes many different features, she used PCA loadings, which are converted into SES scores, and finally broken into three SES categories based on percentiles. To select the most relevant SES features, she divided them into two dimensions: the first with income features, and the second with non-income features. Income features had the highest contribution to defining the SES category, being per capita income the most important, with the advantage of being available in every country, capturing all sources of income (not only salary), and being sensitive enough also to capture inequality. Concerning the second dimension (non-income features), people with higher SES are characterized by longer travel times to work, smaller household sizes, higher education attainment, and less vulnerability to poverty. In terms of predicting mobility, highly active users are more difficult to predict, but they are in small number in the dataset. Finally, she has observed that higher income disparity (standard deviation) leads to a higher probability of segregation and to SES homogeneity.

In the next steps, Rafiazka plans to look at higher order temporal patterns of mobility, seeking to predict the most likely future destinations of users based on their present and past visiting locations, aiming for a global comparative study across cities in different parts of the world.