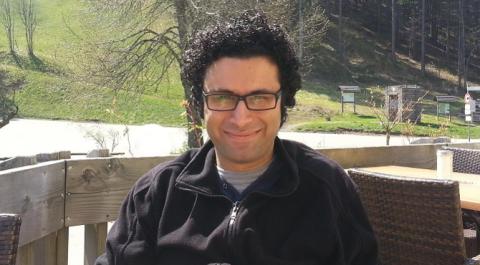 A well-known problem in the investigation of social systems is their lack of reproducibility. In fact, due to their spontaneous and volatile nature, in most cases it is not possible to artificially reproduce the dynamics of social interactions. This aspect, together with the absence of sources of exhaustive and reliable data, has affected the way in which, since their foundation, social sciences investigate human behavior: often social scientists had to focus on models and theory without being able to rely on data-driven confirmation of their work. However, in the last decades, the astonishing increase in available computational power together with the extended possibility of collecting data about many different aspects of social interactions has deeply changed the framework of social science, unleashing new potential for social investigation.

In his talk at CNS, “Computational Social Science: A new approach to old problems in collective behavior”, Taha Yasseri guided the audience among the new challenges and opportunities offered by modern social science. Taha Yasseri is a Senior Research Fellow and an Associate Professor in Computational Social Science at the Oxford Internet Institute and a Turing Fellow at the Alan Turing Institute for Data Science in London. His talk offered a review of the research he has conducted on the phenomena of conflict, collaboration and social contagion while working on data collected through different social networks and digital platforms.

When dealing with the characterization of conflict and collaboration, Dr. Yasseri focused on the patterns revealed by the network of interactions spanned by Wikipedia editors. Specifically, he developed a “controversy” score that allows to rank topics with respect to the extent of disagreement that editors had while modifying the corresponding Wikipedia pages. Moreover, by comparing the empirical data with a null model, he was able to characterize conflict through the dynamics of reverts, which occur when a user deletes an edit made by someone else. His analysis pointed out that a key role in this dynamics is played by status (i.e. the amount of experience of each user), even though there are significant fluctuations among users of different countries, probably related to cultural differences.

The talk also focused on the role played by non-human bots, that nowadays are significantly (and increasingly) involved in the maintenance and the dynamics of the World Wide Web. Narrowing the analysis to bot-bot interactions, Dr. Yasseri showed that prolonged revert patterns are unexpectedly present also in this case. Specifically, the bot edit wars are slower, more persistent and more balanced than their human counterpart.

Lastly, Dr. Yasseri presented his contribution to the analysis of social contagion. In fact, by working on data collected from Last.fm, he tried to understand whether people going to the concert of an artist have an impact on the music listened by their friends when the concert is approaching. The response is that the contagion effect, whose extent depends on the number of friends going to the concert, is valid only for well-established, popular artists, while it is absent for emerging stars.