The Secret Power of Forbidden Triads 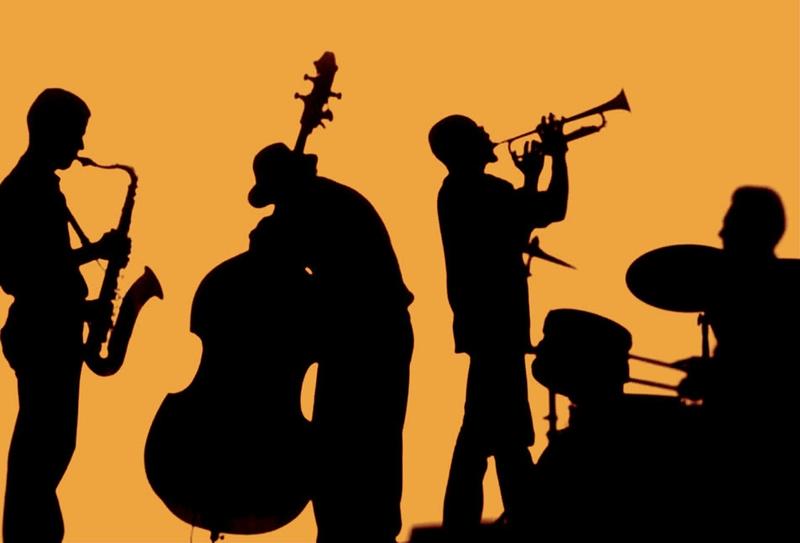 Under this somewhat sensationalistic (and not very scientific) title, you can read about the research workshop colloquium held this week at CNS. Professor Balazs Vedres presented his work on forbidden triads in teams of jazz musicians.

Forbidden triads are triads in which two strong ties are present (and one tie is not present). In that research context, a strong tie was operationalised as a tie between two musicians who played together at least twice before. In difference with open triads, in which one of two present ties is weak and other one is either weak or strong, and closed triads in which all ties are present (either weak or strong, see figure 1). 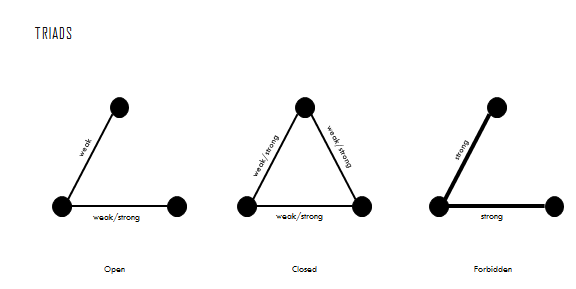 One of the main findings was that the proportion of forbidden triads in a team has a curvilinear relationship (inverted U) with different measures of success (number of releases, number of times mentioned in textbook, the length of career), while controlling for some relevant variables (see figure 2). However, having relatively high proportion of open triads did not have such an effect, while closed triads showed negative relationship with success. Although the effect is not very big (after all, around 75% of sessions had teams with no forbidden triads), it was especially apparent for most eminent musicians (e.g. Miles Davies) and teams (9 musicians working on the jazz album Kind of Blue). The results seem to suggest that network structure containing some forbidden triads could be beneficial for the transmission of novelty, creativity, and therefore successes. It is a structure that puts its members in the situation in which they can do something different. However, having to many forbidden triads could lead to coordination breakdown and low cohesion that is decremental for the overall functioning of a group. 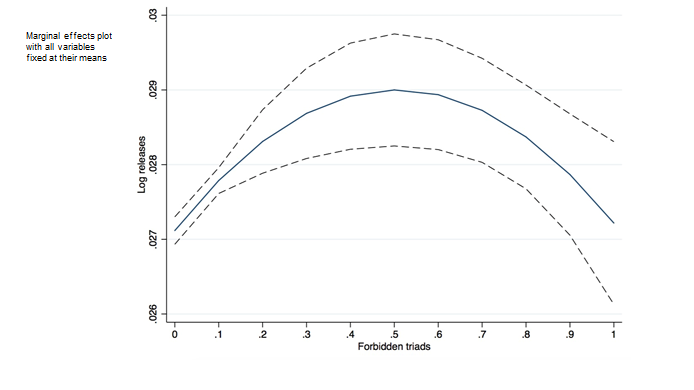 While presenting the analytic strategy, the presenter also reflected on the interesting issue of generating an appropriate null model for testing this kind of hypotheses.

In the discussion part, some interesting questions were raised: 1) Do teams with just the right proportion of forbidden triads “set a stage” for success, or is that kind of team structure more likely to be created when some of the team members are extremely talented? 2) Does the position of actors included in forbidden triads matter? 3) Is the effect of forbidden triads independent of the “place” of other such triads in a given network? 4) How can we use this information to create successful teams? etc.

Following from this inspiring and thought provoking research, an overly simplified message could be that the secret of success is to have a few forbidden triads enabling creativity but not so many to jeopardize the overall team coordination. Importantly, for network researchers the message is that triad analysis can be a very interesting and fruitful research direction.

For those interested in similar topics, the suggested reading are about previous research by Vedres:

Here are some papers related to triads in general:

Network macrostructure models for the Davis-Leinhardt set of empirical sociomatrices

The evolution of ego-centric triads: A microscopic approach toward predicting macroscopic network properties

A puzzle concerning triads in social networks: Graph constraints and the triad census